Last weekend I wrote about how well the insulin pump has been working for me.

This past week, it was bumpier.  I made mistakes.  Or did the pump make mistakes?  I guess I shouldn’t think about it this way.  I shouldn’t blame myself.  I’m just still learning, and this technology is new to me.  (I definitely don’t want to blame the pump.)

I gave myself too much insulin, or I gave it to myself too early and did not eat fast enough.  The problem was also in WHAT I ate — I ate a potato with cheese and butter on it.  The fat in that meal slowed down my body’s absorption of carbs.  Or, maybe it’s because I had exercised in the afternoon and that caused my blood glucose to lower.

The next day, was day 3 with my infusion set in, so I had to change the site.  I am following the rule that I change the infusion site every 3 days.  This is to prevent infections and occlusions.   This is like THE RULE for using an insulin pump, so I’ve read.  Don’t let it go for longer than 3 days…

I replaced my infusion set in the early afternoon so that I could monitor it.  Well, my blood glucose seemed alright for the first hour or so, but then it goes above 200 mg/dl and stays above 200 mg/dl for the next 14 hours!  This is not normal.  But, it didn’t spike up high.  Like it never went above 300 mg/dl.  The CGM sensor actually didn’t read higher than 240 but when I did a blood glucose test it was like 280 mg/dl.  I found that the CGM doesn’t read as high as reality.  But, that was also a new discovery for me.  So, because I wasn’t SPIKING, I didn’t realize it was the infusion set until the next morning.  Sigh.

The whole event was very frustrating.  I didn’t think it was the infusion set because when I did correction boluses, my blood glucose did drop a bit, but not as much as expected.  Even though the infusion set was kinked, I was still getting some insulin…

I should have taken out the infusion set earlier.  Lesson learned.  If things don’t seem right, take it out!

The DROP of Exercise

For a 45 minute walk on the beach, I have to plan ahead.  I wish it could be more spontaneous.  Unfortunately, exercise lowers my blood glucose quickly and it can get dangerous fast.

I probably could solve this danger by just drinking lots of soda or juice, but I don’t really want the extra sugar… Although I do enjoy orange juice and coffee based drinks like Starbucks Frappuccino so I may buy those and enjoy them as a treat during/before/after exercise.

But anyway, to prevent the curveball of exercise (or really, the DROP of exercise), I have been trying to follow a few rules: 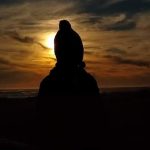